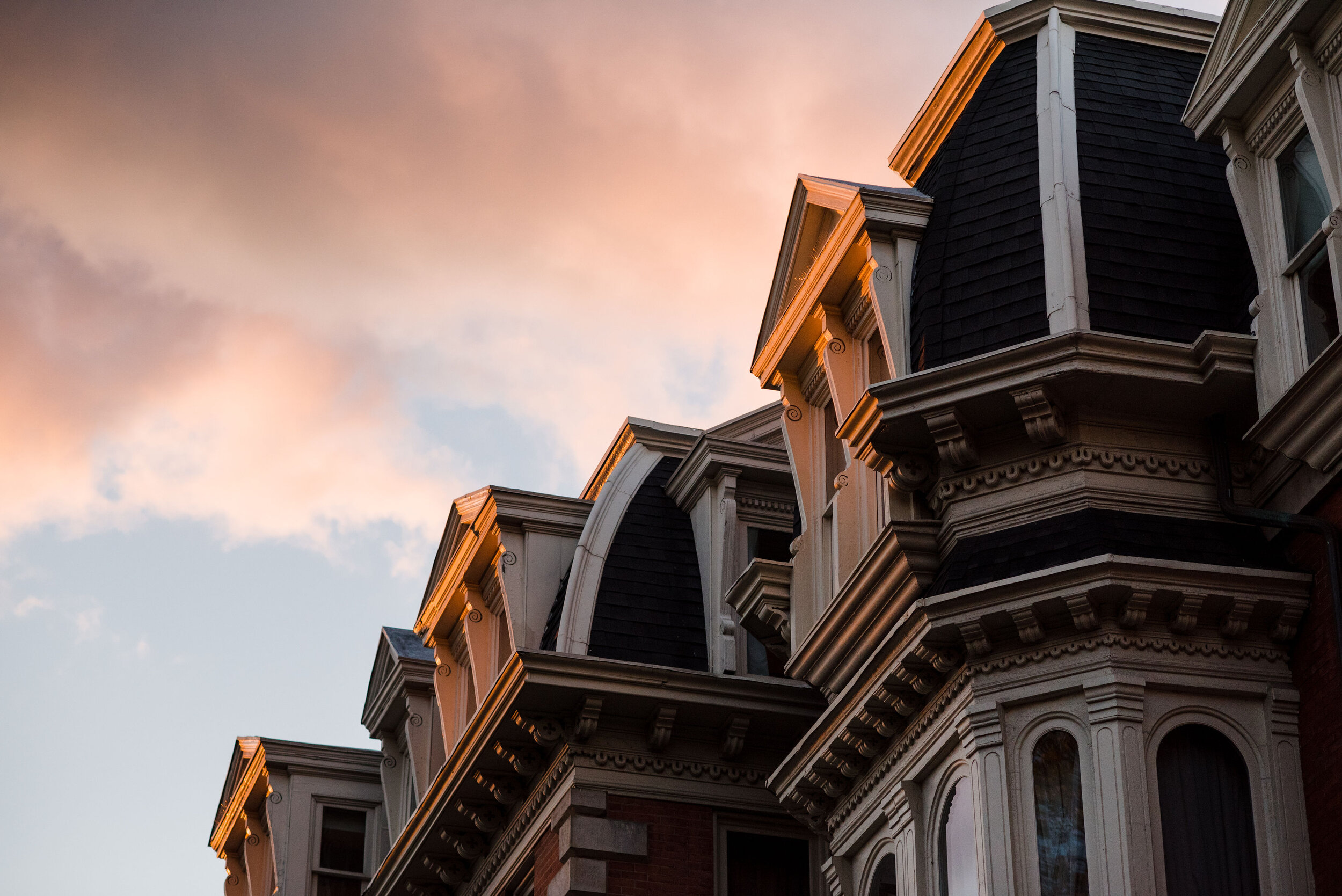 About The Mansion on Delaware Avenue.

Featuring nearly 200 light-soaked windows, soaring 15-foot ceilings, exquisite architectural detail, and elegant, modern décor, our 19th-century property has ebbed and flowed with the city that surrounds it. Designed in the Second Empire style, it first served as the home of a leading industrialist—back when Buffalo had more millionaires per capita than any other American city.

Shortly after, it became a hotel, accommodating guests of the 1901 Pan-American Exposition, and then an acclaimed restaurant before being abandoned in the 1970s as the city struggled to adapt to a post-industrial economy. In the 1990s, we purchased the building, and after thorough renovation, reopened it as a hotel in 2001, reclaiming the building’s former grandeur. 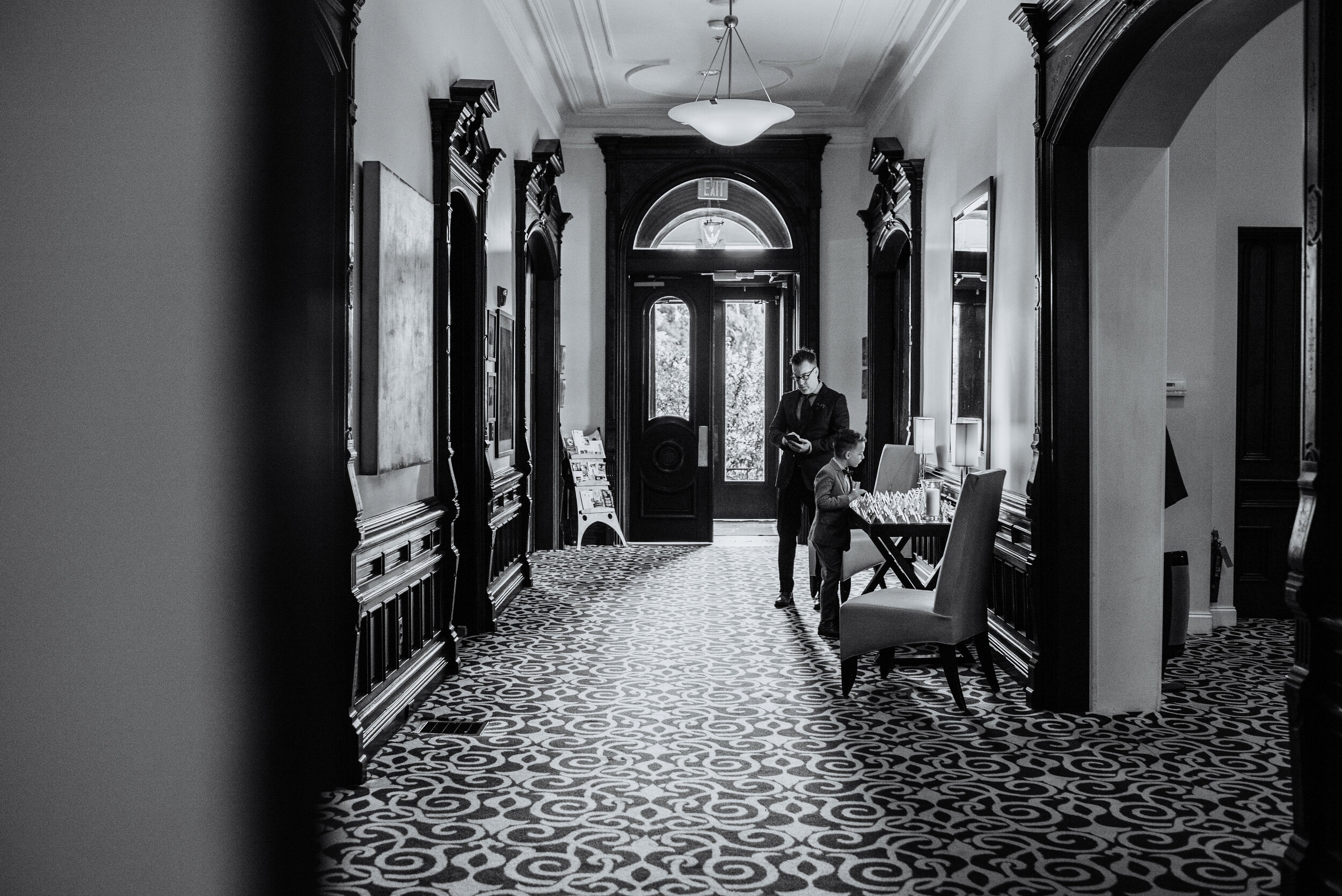 A New Beginning for Buffalo.

In reimagining and rehabilitating our storied property at a time when many others in the business community dismissed Buffalo as lost and derelict, we joined ranks with a vanguard band of new urbanists who recognized unlimited potential in our city’s tremendous historical assets. By redefining and transforming existing spaces that outlived their original intent into modern, accessible, destination-worthy places set in vibrant, walkable neighborhoods, we together brought new life and renewed purpose to downtown.

Tucked along a bustling thoroughfare in the heart of Buffalo, The Mansion’s grand residential countenance and lush city gardens offer a serene yet immersive urban escape steps away from great restaurants, theater, and more. After a day or evening attending to business or exploring the culture and history of our beloved city, Guests are invited to take respite among our grounds, salons, and common spaces for a transportive downtown experience.

The Butler standard of service.

From the moment a guest arrives at The Mansion, our team of new-fashioned butlers attend to their every request. Our butlers are trained in traditional and contemporary service modalities to effectively anticipate and respond to a guest’s every need—from making a restaurant reservation and crafting you the perfect pre-dinner cocktail to pressing your clothes or curating a one-of-a-kind private excursion. No ask is too small or too big. 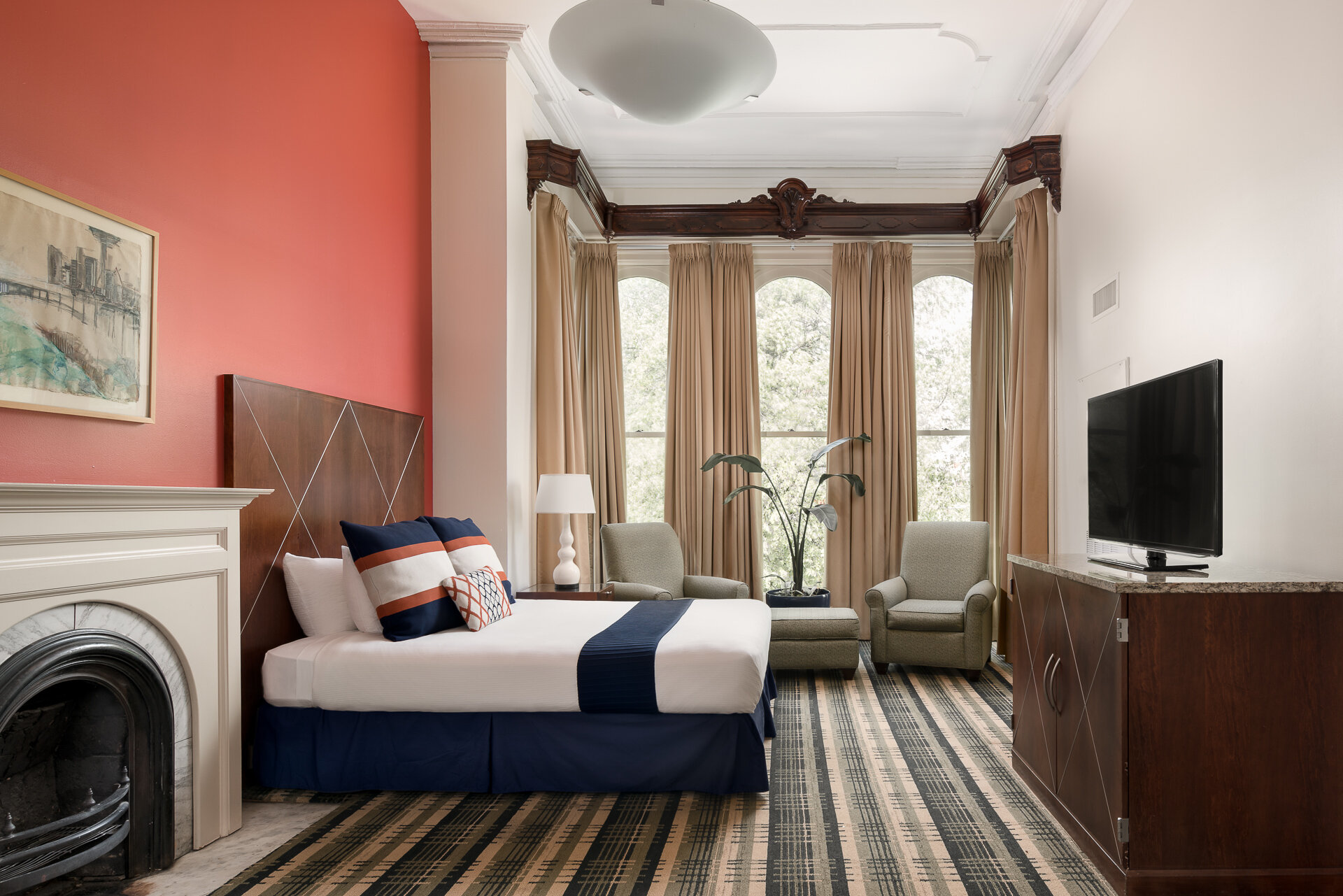 Book Direct with The Mansion to save up to 50% off standard guest room rates.